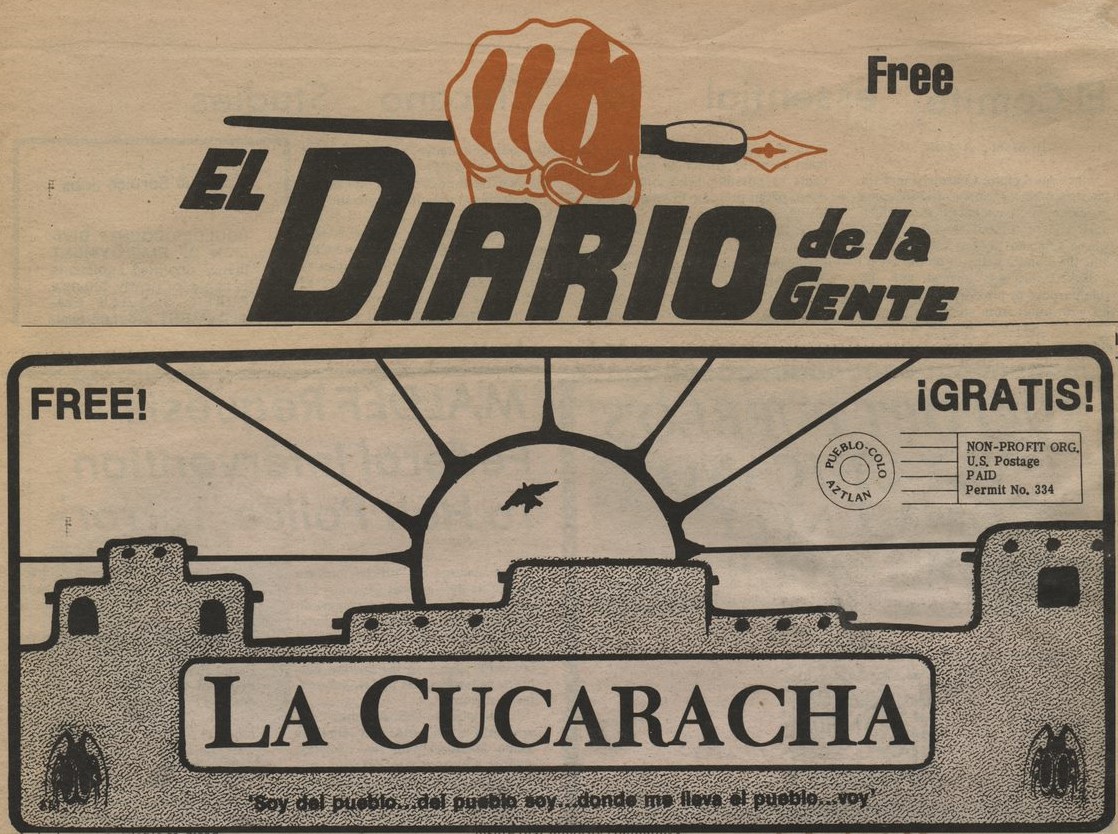 From the 1960’s through the 1980’s, the Chicano Movement was prominent throughout the state of Colorado. Throughout this movement Chicano activists fought to end discrimination, to secure civil rights and farmworker rights, achieve self-identification and determination, access to education and financial aid, and achieve Mexican-American Empowerment.

El Diario de la Gente was an independently published student Chicano magazine located in Boulder, Colorado. It was first published in 1972, and published its final issue in 1980. The magazine was published by the United Mexican American Students, UMAS, at the University of Colorado. Topics covered in the magazine included civil rights and issues and concerns of the Chicano community locally, nationally, and internationally.

La Cucaracha was a Chicano newspaper published in Pueblo, Colorado from May 1976 to September 1984. La Cucaracha was started by Juan and Deborah Espinosa and David Martinez after leaving the University of Colorado in Boulder, Colorado.