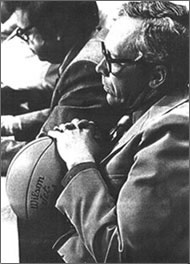 Dick Connor was an award-winning sportswriter who was selected as the Colorado Sports Writer of the Year twenty-two times. He won many other awards including the Dick McCann Memorial Award for long and distinguished reporting on professional football and the Lowell Thomas Journalist of the Year Award in 1987. He was inducted into the National Sportscasters and Sportswriters Association Hall of Fame and the Colorado Sports Hall of Fame.

In 1990, Dick Connor was diagnosed with cancer. Throughout his battle he wrote openly and honestly about his condition until his death in 1992.