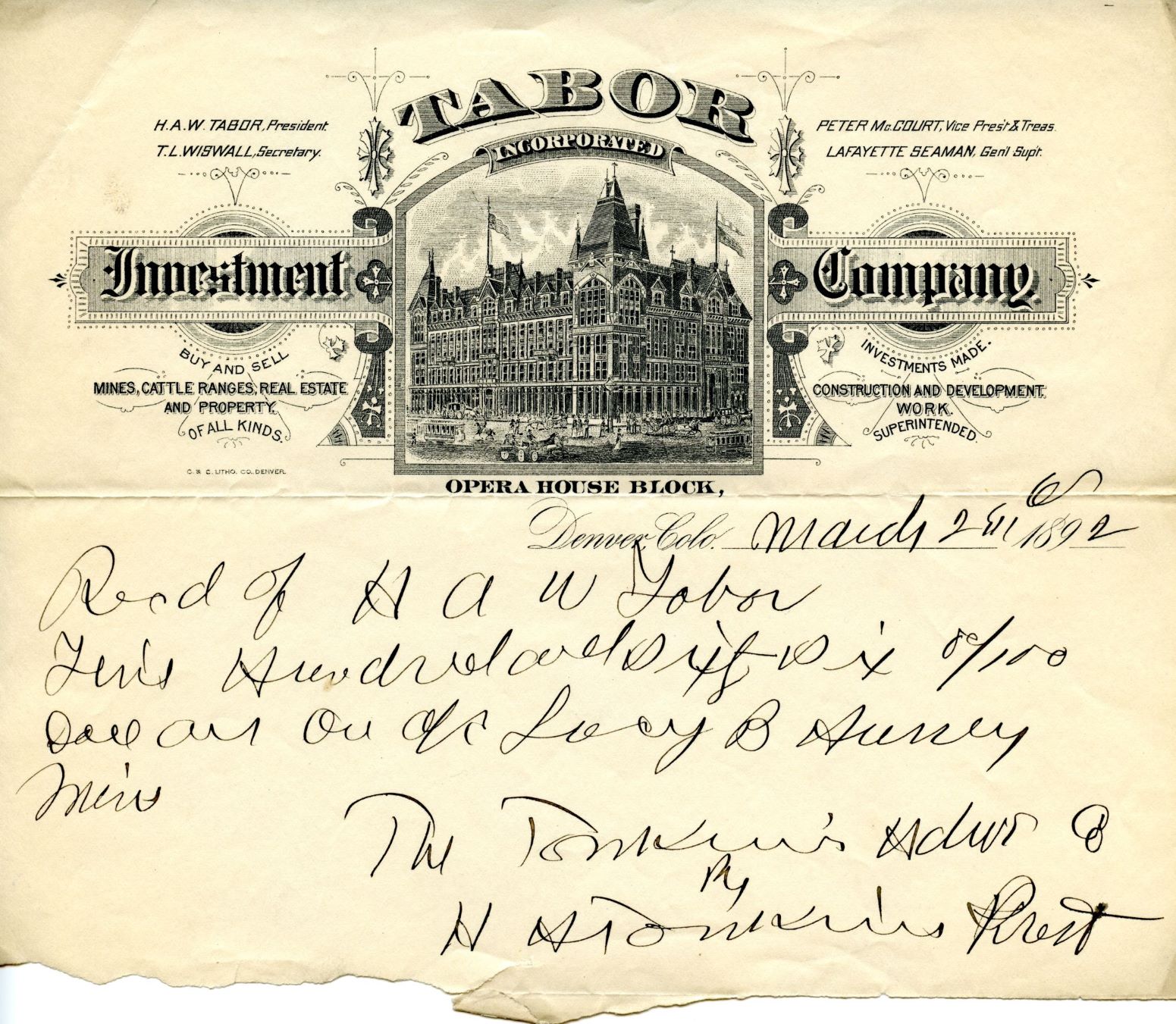 Horace Austin Warner [HAW] Tabor was a Colorado mining magnate of the early twentieth century. Tabor was known as “The Bonanza King,” and the “Silver King” of Leadville, Colorado. After an investment in the Little Pittsburg mine resulted in large amounts of silver, Tabor purchased the Matchless Mine with his earnings and began building new establishments throughout Colorado. With his fortune Tabor established newspapers, the Tabor Opera House in Leadville, a bank, the Tabor Grand Opera House in Denver, and the Tabor Block in Denver. After divorcing his first wife, Augusta Tabor, for his mistress Elizabeth “Baby Doe” McCourt, Tabor became a national scandal that later inspired Hollywood retellings. The repeal of the Sherman Silver Purchase Act in 1893 devastated the Tabors and their fortune soon disappeared. HAW Tabor died in 1899, while his widow Baby Doe would live in a tool shed of the Matchless Mine for thirty more years.