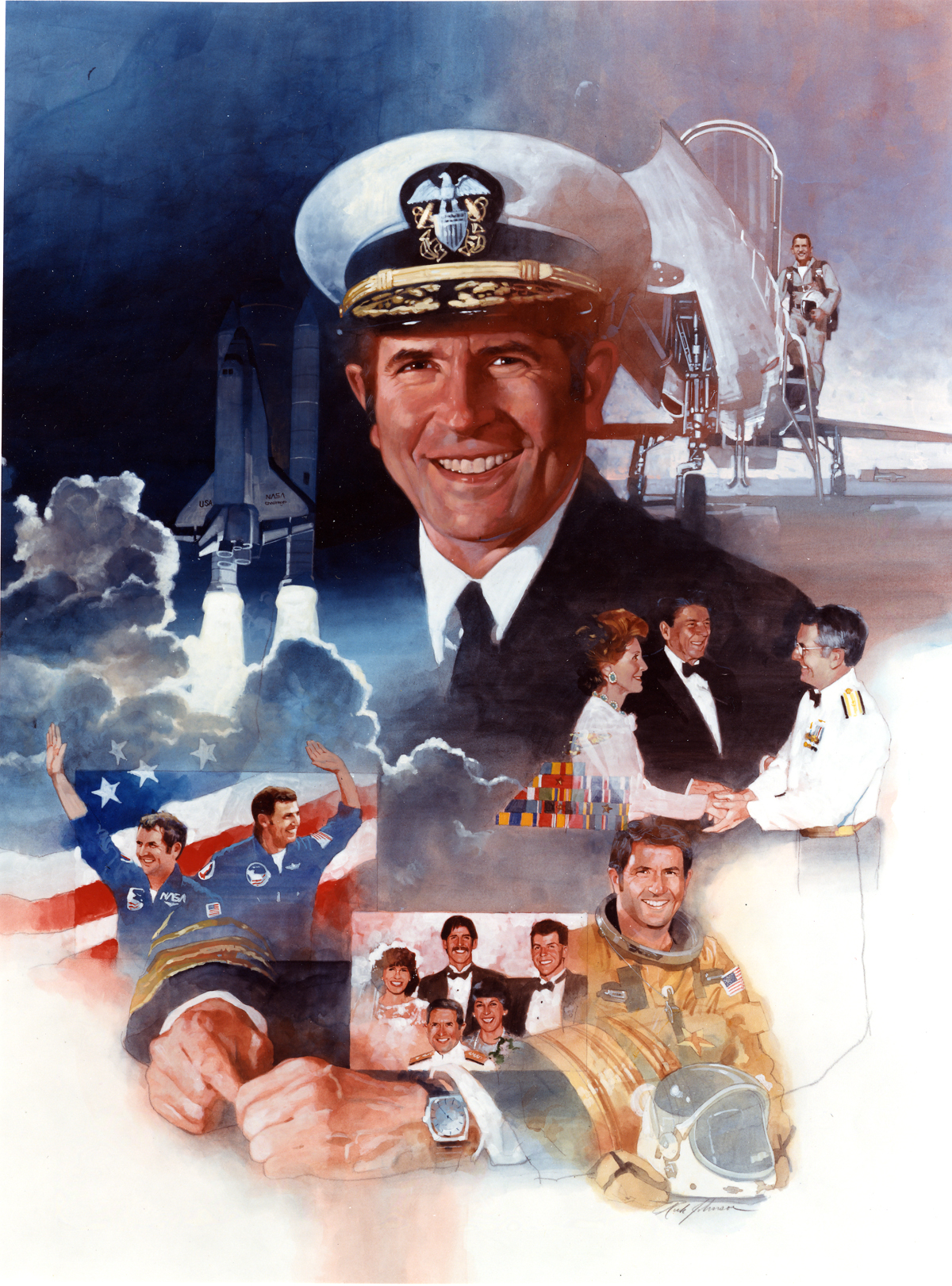 The focus of this collection is Admiral Richard H. Truly's career with the National Aeronautics and Space Administration (NASA) from 1969 to 1983 and from 1986 to 1992. The bulk of the collection consists of papers accumulated by Truly during his Administrative positions at NASA from 1986 to 1992. There are also some papers accumulated while he was an Astronaut (1969 to 1983), while Commander of the Naval Space Command (1983 to 1986), and while Director of Georgia Tech Research Institute (1992 to 1997). These papers include correspondence, speeches, to-do lists, schedules, daily logs, newspaper clippings, photographs, and technical reports and presentations.

The collection also includes books from Admiral Truly's library. Many have inscriptions and/or signatures. There are also some with letters or notes laid in. The books are mostly Military and Space Program related non-fiction, biography, and fiction.

There are 27 pieces of art, pertaining to his career, accumulated by Admiral Truly. These include photographs, original paintings, and prints from paintings. All but one are framed, the other is dry mounted.

A large number of digital photo files are included. These files include scans of prints and documents from the Truly papers, from photos of the Art and Artifacts, from digital photo files off the internet, and from scans of slides donated by Truly to the Library media center.