The Archives and Special Collections are open to all researchers and the Regis community. 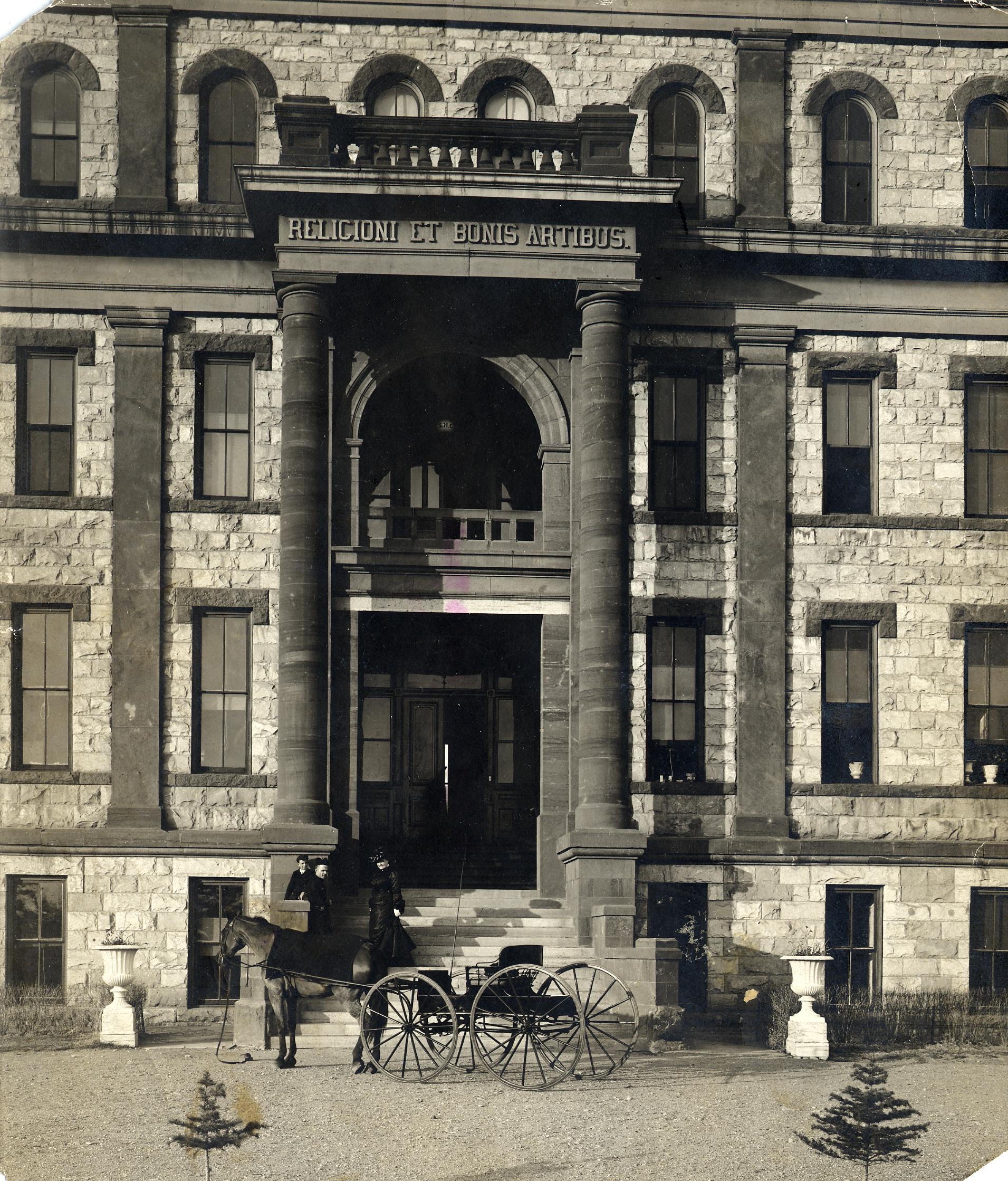 The Archives contain historical records of Regis University. First begun by the Jesuits as Las Vegas College, NM in 1877, that institution remained in New Mexico until 1887. Meanwhile, an additional college, The College of the Sacred Heart was opened in Morrison, CO. in 1884. When land was donated on the trolley line in Denver, the college moved to its present site in 1887. In 1921, the name was changed to Regis College, and in 1992 it became Regis University. Records of the Jesuits and early Catholic presence in New Mexico and Colorado are also included in the Archives.

In November 1891, nineteen Sisters of Loretto at the Foot of the Cross and fifty-one students move into the Administration Building, of the new Loretto Heights Academy, an elementary and secondary school for girls.   In 1918, college course were added  though the school continued  its secondary courses until 1941.   The  name became Loretto Heights College in 1947. It was the only  women's college in the Rocky mountain area until 1960.